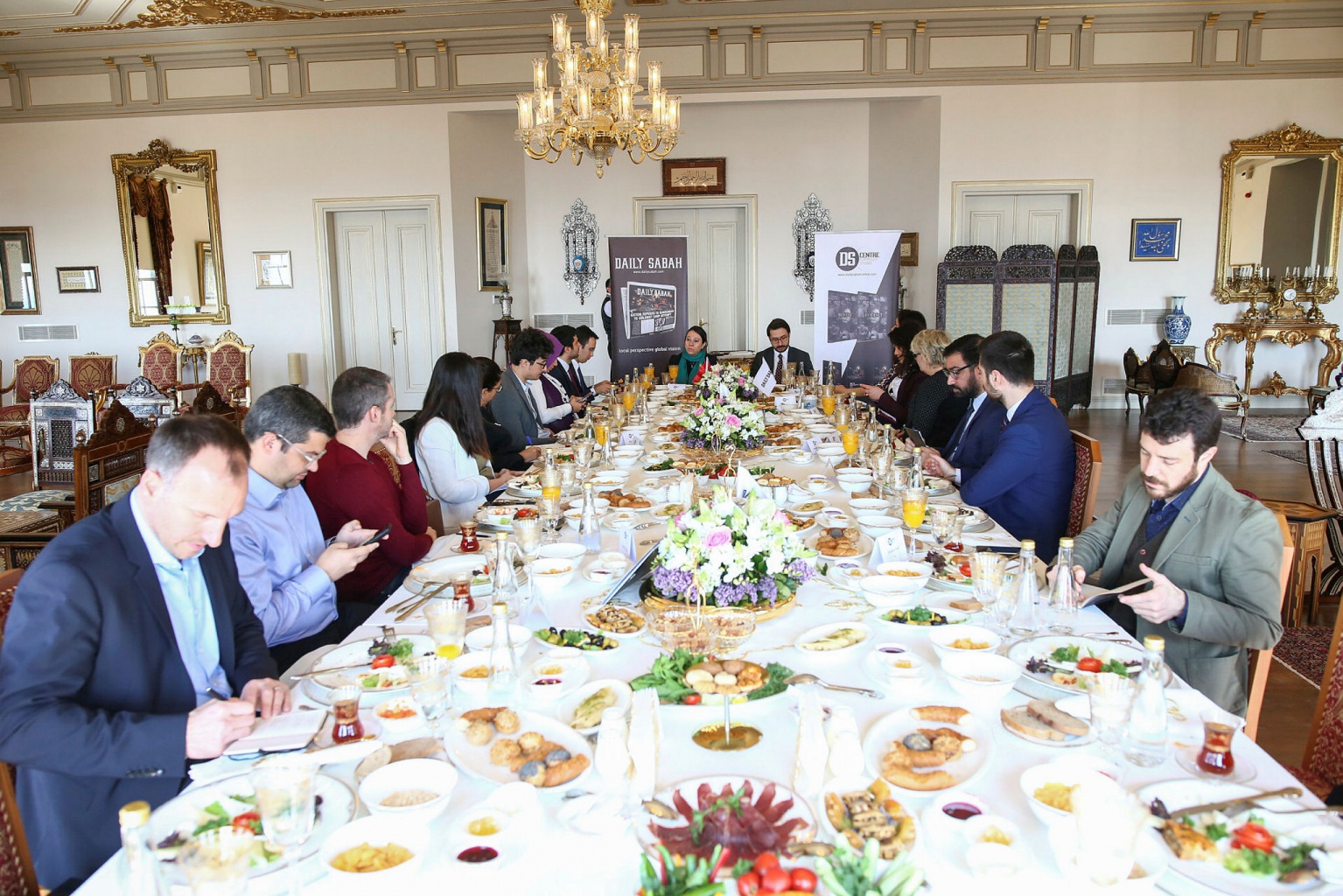 On Monday, April 4, 2018, the Daily Sabah Centre for Policy Studies proudly hosted Ayşe Sözen Usluer, head of the International Relations Department at the Turkish Presidency and members of the international press corps in Istanbul to discuss the most recent developments in Turkey and Operation Olive Branch.

Usluer gave a speech on recent developments and informed the press about the general background of the Olive Branch Operation. She answered the questions raised by foreign journalists. Daily Sabah's Editor-in-Chief Serdar Karagöz accompanied her in the meeting.

The members of the international press corps expressed their gratitude for the organized meeting under the roof of DS Centre and expressed their wishes for continuation of such events that brings together the press and high officials.